We’re using cookies to give you the best experience possible of Essity.com. Read more about the cookies we use and how to change your settings: 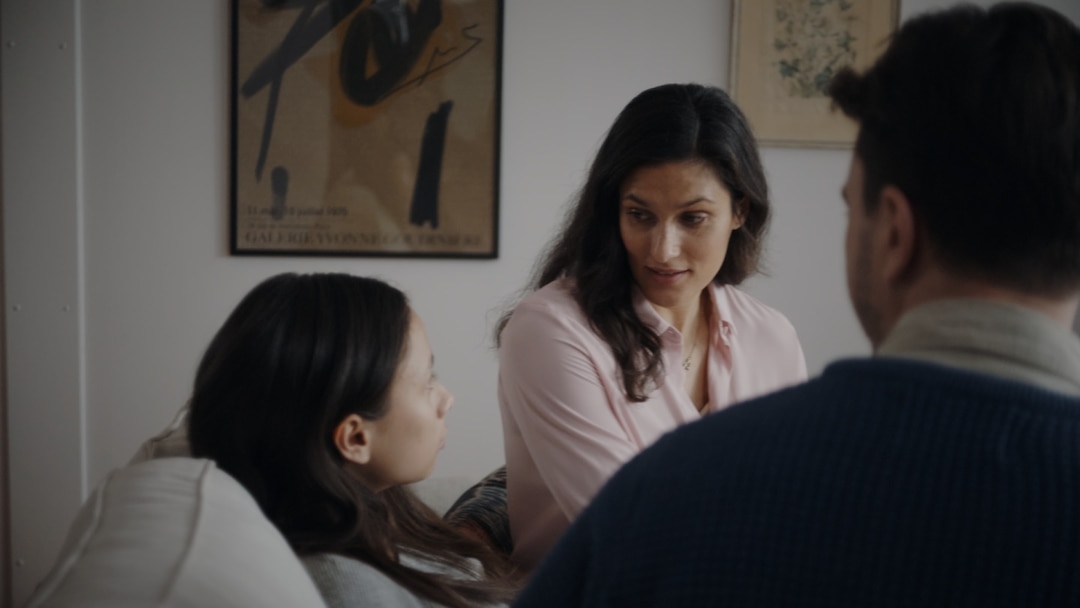 Four out of ten parents have never talked to their daughters about menstruation. Despite being completely natural, discussions around periods are rare and subdued in all levels of society – on a scale that transcends any other topic, let alone a topic that affects 50% of the population. We are 100% dedicated to breaking the taboo. Are you?

Essity brands Libresse, Bodyform, Saba and Nosotras recently partnered with a number of influencers to create the global #bloodnormal campaign, sparking more conversations about periods in popular culture and to get people more used to talking about them.
One of the most important arenas in which we need to speak up more about menstruation is the home. This is where the taboo is passed on from generation to generation. We surveyed over 10,000 men and women on the state of the stigma and some startling results appeared.
The results showed that 56% of teens would rather get bullied at school than talk about their periods with their parents. And our Essentials Initiative Survey from 2018 reveals that 41% of parents that have daughters have never talked to them about menstruation. Findings like these are part of the many reasons we are committed to making a difference and to break the silence on this perceived taboo subject.
Bodyform, one of the UK’s leading feminine protection brands under the Essity name, joined forces with The Self Esteem Team to tackle the issue of period poverty, reaching out to 2,500 girls aged between 12 and 18 years through free and bespoke classes.
“We were deeply moved when we learned that some girls in the UK were not going to school because they couldn’t afford sanitary protection and were putting items like socks in their underwear to help absorb their period blood,” comments Traci Baxter, Marketing Manager for Bodyform. “We can’t tackle the issues associated with periods if we cannot talk about them. We need to break down the stigma and encourage young women not to be ashamed about their bodies,” continues Baxter.

The positive impact and value that discussions around menstruation can have on families is huge. Simply starting a dialog can lead to an improved trust between family members.

Bodyform now urging other feminine hygiene brands to follow the lead and launch initiatives to smash period taboos and fight period poverty.
“Periods are a taboo subject, but they are slowly and surely moving up the agenda. They are a part of a woman’s life and yet are stigmatized and not spoken about. We know this has an impact on young women,” emphasizes Baxter.
As shown in the results, parents are a large part of the issue due to their lack of pursuit to have a conversation about menstruation with their daughters. We spoke to father and stand-up comedian, Steve Herndon, about his role as a father to daughter Saffron. He reflects on the roles of fathers in breaking down the period taboo:
“I would say, the role would be listening and understanding, and obviously patience, that’s key to parenthood, certainly key to this situation. I know that young ladies are going to be shy – if you’ve never had a dialogue about personal issues your whole life with your young daughter, it’s going to be a difficult leap – but as a man if you have the courage to let them know they can talk to you about anything –– let them know that as a man, that you’re not unknowledgeable, that you want to be there for them and support them,” advises Herndon.
As a major influencer worldwide, we believe talking about this subject is just as important as raising knowledge and improving care. This is crucial for human dignity and quality of life for not only millions of girls and women, but the family unit as well.
“The positive impact and value that discussions around menstruation can have on families is huge. Simply starting a dialog can lead to an improved trust between family members. And we’re not just talking about strengthening relationships between mothers and daughters, even though it’s logical and natural to want to talk to someone who’s experienced it. With only 3% of people surveyed having first heard about periods from their fathers, it’s time for the discussion to involve them, as well as sons or brothers to increase knowledge and extend the support base,” states Baxter.
As for first-hand tips for parents having difficulties talking to their children about periods, Steve Herndon has some wise words to share:
“It’s just like standup; it’s tremendously uncomfortable the first time you go on stage, your knees are shaking and you feel like you’re about to throw up. Then the second time your knees shake less, and the third time you’re wondering why you were so scared in the first place.”
Let’s talk hygiene and health #essentials
Sources:

Four out of ten parents have never talked to their daughters about menstruation.